Many trade names have become generic and in the field of Endometrial sampeling, the name Pipelle is now synonymous.  The original and still the best for Endometrial sampling for cytology and histology and the only device that provides samples for both histology and cytology in one single procedure.
A special roughened surface treatment on the tip of the Pipelle® Mark II helps collect endometrial cells for smear cytology.
The body and the plunger of the device, identical to the original Pipelle®, are used for the histology specimen.
The sampling technique is identical to that used with the original Pipelle®.

Suppliers should be aware that there are many “copies” and false products on the UK market that claim to be Pipelle, but are in fact inferior copies made with hard plastic that should be referred to as Pipette.

To retrieve the collected samples:

1. Cut the rough tip and place it into a vial containing a solution for liquid-based cytology,
2. Push the plunger to expel the tissue specimen in a vial for histology

Sampling with the Pipelle® is extremely well tolerated by patients, and causes little to no bleeding. It bends easily to follow the curves of the cervix and the uterus, and to remain in contact with the uterine wall.
Over 200 publications worldwide attest to its reliability, effectiveness and safety.

Developed in collaboration with Dr. Adam Magos at the Royal Free Hospital of London. Based on the original Pipelle® device, the Pipelle® H optimizes endometrium sampling when performing a diagnostic hysteroscopy. 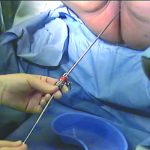 Owing to its length (50 cm), the Pipelle® H produces enough suction to collect a large volume of endometrial tissue, despite the presence of the distension medium, and without having to repeat the procedure several times.

We use cookies to ensure that we give you the best experience on our website. If you continue to use this site we will assume that you are happy with it. Ok